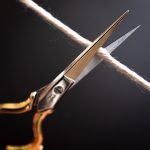 Here we are, Day Fourteen of my social media break, which means two weeks of consistently writing in my blog, which feels good. Very creative. And, because I know I’ll be sharing images – at least two or three per day – it makes me look around for new things to shoot, in unique ways. Hopefully, folks will read these over time, grow to appreciate the “what’s next” element of what I share here, and it keeps people coming back for more, regularly. At least that’s what I hope!

Having said that, this blog is really for me to write, and practice writing, but it’s also for me to share photography in a non-social media environment, review things I enjoy, and talk about fun stuff. The Featured Image is my dog Annie, and I just wanted to show you the difference between the iPhone 11 Pro Max “ultra-wide” (0.5x) and “telephoto” (2.0x).

As you can see from the two images side-by-side, shot from the exact same vantage point, it’s pretty cool that you can get so (ultra-)wide in a phone, then, at the touch of a button, switch to regular wide (1.0x) and, finally, telephoto (2.0x). The cool part about all of this is, these are three, physical, separate lenses. This isn’t a tight crop of a ultra-wide image. This was shot with a lens that can get closer, but also, as with all telephoto lenses, they compress the scene as well. Scene compression (or expansion) can only be accomplished by different lenses. Me, I can’t wait to see what Apple comes out with later this year! Will it be four lenses? Perhaps the same three lenses, but with optical image stabilization in each of them? One of the things I love about photography with my phone is, it’s relatively easy to stabilize the phone for shooting. But sometimes you want to shoot in low light, and OIS is so important for these situations, unless you have a tripod or some other form of stabilization.

Today, I decided to work on two Iron Photographer projects from the Utata group on Flickr. The first, was Iron Photographer 25, and the next was Iron Photographer 26. Did I mention creative energy returning after taking this social media break? Each day I stay away from social media, I’ve felt more and more energetic, and also, more driven internally, versus externally. Do I want to take fun shots? Yes. Do I care as much what others think about them? Not as much. And disconnecting the making of the art, and the “Likes” with their dopamine hits, is a big part of that.

Did you know I’m a Stephen King fan? I am. I own most of his books, even all the old ones. But my favorite book is the original version of The Gunslinger. For IP 26, I decided to work with my first edition copy of the book, and it was fun. Of course, once I was done with it, I put it gingerly back on the shelf. Although I strongly believe all books are for reading, this book is for reading carefully, and putting away when not in use.

So, there you have it. My Sunday in a nutshell. A nice relaxing weekend, made pizza and breadsticks today, and pasta for dinner. So many carbs! I did, however, have vegan chicken nuggets called Nuggs, which are awesome. They are vegan nuggets with revisions, so the last box I bought was 1.7, and the box I just pre-ordered was version 2.0. How cool is that? Nugget improvement!

Anyway, I will leave you now with a picture of a dog I once owned, a pit bull named Fraggle. He ended up being rehomed to a family who ran marathons, which was great for him. I also learned that I need dogs that are on the more calm end of the spectrum, with little legs, that don’t weigh half what I do. Lesson learned!

Hope to see you back tomorrow for Day Fifteen of the social media break and, don’t forget that you can create a WordPress account and leave comments, but also “subscribe” to the blog, and receive updates when new posts come out. (Yay!)