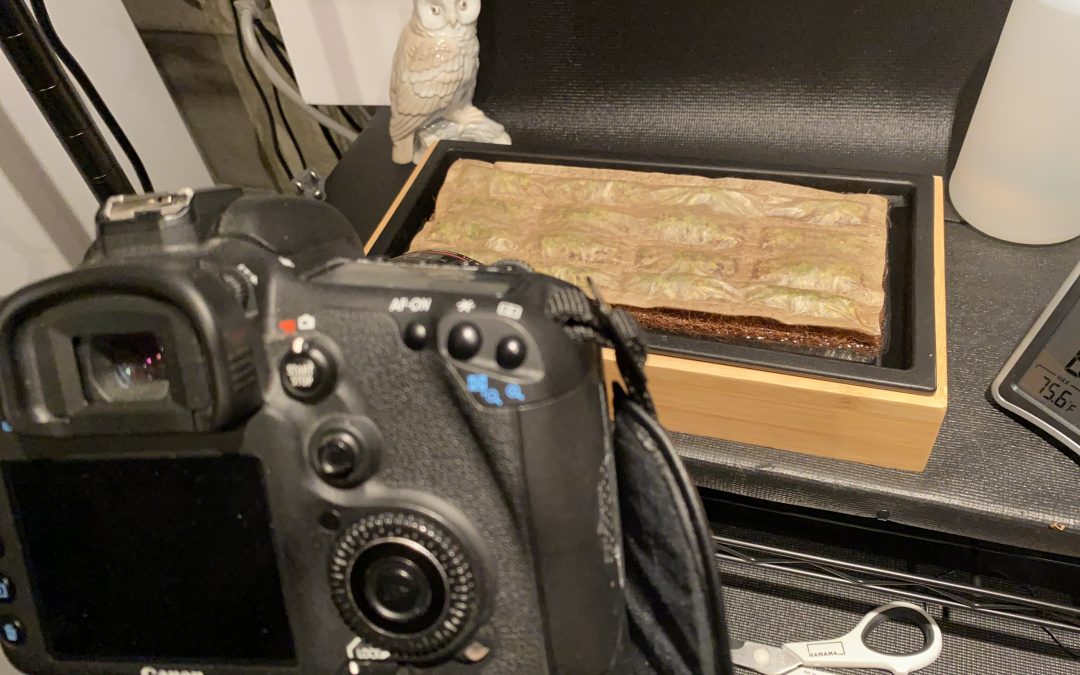 Today was Peel Day on the Zesty Mix quilt from Hamama. OMG, Peel Day is so great!

For one thing, I got to make a Peel Day instructional video, which you can see on over here on YouTube, because it’s too large for this site. Oh well.

But yes, I did have fun with my peeling video, which is basically just me practicing for higher quality instructional video after I’ve learned a few more things about video, editing, adding music, scripts, and better backgrounds. One thing at a time. Baby steps!

More fun than the instructional videos, though, are the long time lapse videos I do just after I peel! So far, it’s been running since this morning, taking a picture every ten seconds, and I will likely keep it running until tomorrow evening, or Wednesday morning! I basically let it run until the 128GB CF card fills up in the Canon 7D, which is just under 15,000 sRAW images.

Once it’s done, I process the sRAW images into JPEG files, import that sequence into Adobe Premiere, and create a fun video. Hope to share that with the blog as soon as it’s processed. So much fun!

But for now, I just wait, and check them every eight hours or so. Not much I can do with them while they’re in the time lapse rig, because watering them from the top adds water that “instantly” appears in the middle of the time lapse, which ruins the illusion. And adding water to the bottom sometimes makes the quilt float and move around, which looks very strange in the final video.

It’s late, I’m tired, I wrote in my blog, and I will leave you with a photo of one of my Hamama bamboo seed quilt holders. So pretty! I like that I can see them. Oh, and if you’d like to help the blog and buy a kit from Hamama, here’s my link.